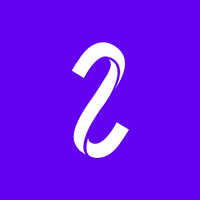 JusticeText is a Bloomberg Beta and True Ventures-backed startup that is building technology to improve criminal justice outcomes for low-income Americans.

We work with public defense agencies across the country to develop video evidence management software that strengthens their ability to advocate for everyday citizens. Racial and economic justice is at the core of our company mission, and we believe technological innovation has an important role to play in this movement.

JusticeText was co-founded by Devshi Mehrotra and Leslie Jones-Dove in January 2019 while they were both computer science students at the University of Chicago. As technologists of color, our work is grounded in both a sociological and historical appreciation for the complexities of the American criminal justice system—with its gaping faults and inequality but also its capacity for reform. The founding team has been recognized by Forbes 30 Under 30, MIT Solve, and SXSW Pitch.

The company has raised over $2M in funding from Silicon Valley VC firms like Bloomberg Beta and True Ventures and angel investors like John Legend, Reid Hoffman, and Michael Tubbs.

The first iteration of the product was built in direct collaboration with the Cook County Public Defender's Office in Chicago. Since then, JusticeText has rapidly expanded to public defense agencies nationwide, including a flagship partnership with the Virginia Indigent Defense Commission.